“Dana Jacks plays Amy’s mom with such vulnerability, so much heart on her sleeve, that you feel as if she’s about to break at any moment, especially during a not unexpected but still devastating phone call. But Jacks prioritizes Katherine’s role as a mother before all else, and so of course she won’t let herself fall apart in front of Amy, even if it seems as though the world is just waiting for it. During one scene, Katherine reads a fairytale book to the minotaur, but as she leafs through the pages and learns of the princess’s outcome, she begins to unfold more and more into a woman who wonders if she can ever really have it all, or if that too is a tall tale that we as girls are constantly brainwashed into believing so that we can blindly walk into the traps of marriage, motherhood, and family commitment for life. Your heart shatters as much as Katherine’s body is about to collapse on the living room floor."
-Zennie Trieu, Medium 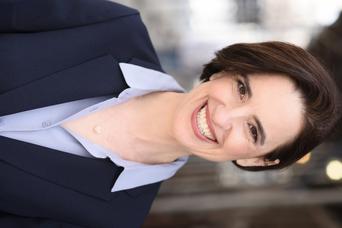 ​“We’ve grown so accustomed to the glitz of acting—the special effects, the makeup, the lighting—that we sometimes forget that the best part of it comes from the performer’s soul, the desire to express the truth through a fantasy. By doing away with the effects, along with the self-important sentimentality that has marked so many productions of “Our Town,” Cromer provides us with a master class in the fundamental art of making believe, of transforming the body and the voice and becoming something other than oneself.”
-Hilton Als, The New Yorker

“Another powerful vignette captures the dangers of online dating sites. When teacher Ms. Haverill (in a heart-felt portrayal by Dana Jacks), searches for love online, she becomes the prey of two students who set up a fake profile of the “perfect” guy to lure her. Jarred (a fine job by Aria Shahghasemi), guiltily confesses his actions. A truthful, deep conversation ensues in which he and Ms. Haverill discuss how their loneliness drove them to “Tinder.”
-Carole di Tosti, Theater Pizzazz​​